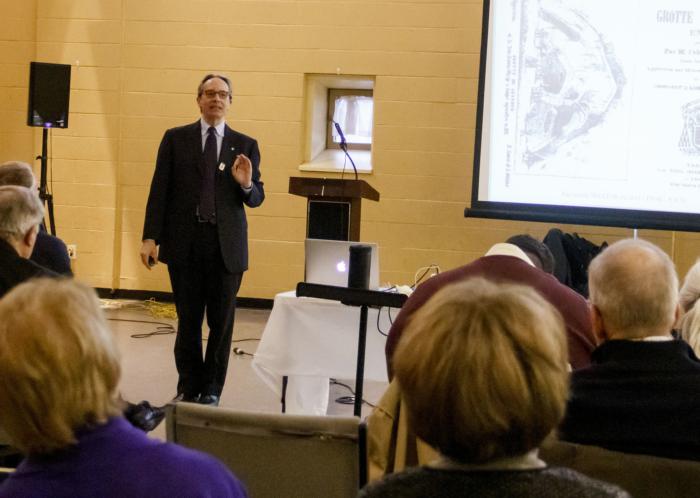 CAMBRIDGE — The Order of Malta hosted a lecture Feb. 24 at the Harvard Catholic Student Center on the topic of cures attributed to using water from the spring in Lourdes, France. The speaker was Dr. Alessandro de Franciscis, president of the Lourdes Office of Medical Observations and the Lourdes International Medical Association.

Craig Gibson opened the event by talking about the history and charism of the Order of Malta, of which Dr. de Franciscis is a Knight of Justice. The Order of Malta is a 900-year-old lay religious order with the charism of caring for the poor and sick as well as witnessing and defending the faith. A significant part of its outreach, Gibson said, is an annual pilgrimage to Lourdes. Each year about 400 people, including 50 sick individuals (called “malades,” the French word for “patients”) and their caretakers, make this trip through the Order of Malta American Association.

The shrine and pilgrimage destination in Lourdes, France, was the site of a series of apparitions of the Blessed Mother to Bernadette Soubirous in 1858. On one of these occasions, the Blessed Mother directed Bernadette to discover a spring, whose water has been the alleged cause of miraculous healings.

The Lourdes Office of Medical Observations was founded in 1883 to document and analyze cures reported by pilgrims who drank or washed with the water from the spring. About 7,000 cases of cures have been reported, of which 70 have been investigated and declared miracles by Church authorities.

Dr. de Franciscis is the 15th resident physician of Lourdes, and the first non-French. He likes to emphasize that his role is to investigate alleged cures, not to declare them miracles.

“But, I must admit, miracles intrigue,” he said.

To illustrate how miracles can change lives, he told the story of Alexis Carrel, a French surgeon who won the 1912 Nobel Prize for Medicine and is considered the father of organ transplantation. An agnostic, Carrel filled in for another doctor on a trip to Lourdes, where he saw a woman in a coma cured of her tuberculosis. His standing in French academia suffered when journalists reported that he had witnessed a “miracle.” Carrel immigrated to Quebec and later joined the Rockefeller Institute of Medical Research in New York, and eventually returned to the Catholic faith.

Dr. de Franciscis talked about the gospel accounts of Jesus performing acts of healing. He explained that the New Testament authors used the Greek word for “signs,” which St. Jerome later translated as the Latin word for “miracles.”

He shared a few cases of cures associated with Lourdes that have been deemed unexplainable and miraculous. One was Vittorio Micheli, who traveled to Lourdes in 1963 after developing osteosarcoma on the left side of his pelvis, which had caused a partial dislocation of his leg. He regained use of his leg after bathing in the water, and he continues to accompany “malades” on pilgrimages to Lourdes.

Dr. de Franciscis said Lourdes is not a clinic or hospital, but a shrine and a sanctuary. He encouraged the members of the Order of Malta to recruit more professional nurses (as opposed to “volunteer nurses”) to accompany “malades” on the pilgrimage to Lourdes.

He quoted Pope Emeritus Benedict XVI, who visited Lourdes in 2008, as saying the “primary vocation of the shrine of Lourdes is to be a place of encounter with God in prayer and a place of service to our brothers and sisters.”

The lecture was followed by a question-and-answer session with attendees and a reception.

“This was an unexpected event that doesn’t happen every year. We’re very blessed that so many were able to respond and be a part of it,” Craig Gibson said, speaking to the Pilot after the lecture.

Joseph Feitelberg, a Knight in the Order of Malta, said that Dr. de Franciscis “closed the loop on a lot of what I’ve always accepted but never really had explained to me.”

Thanks to Boston Pilot 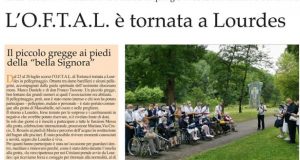 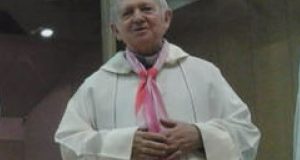 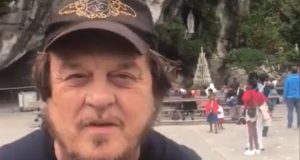 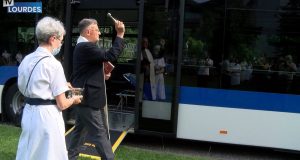 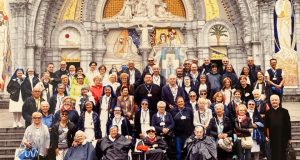 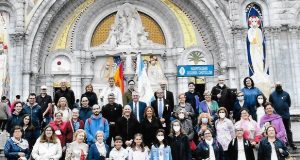