#Lourdes online in their millions 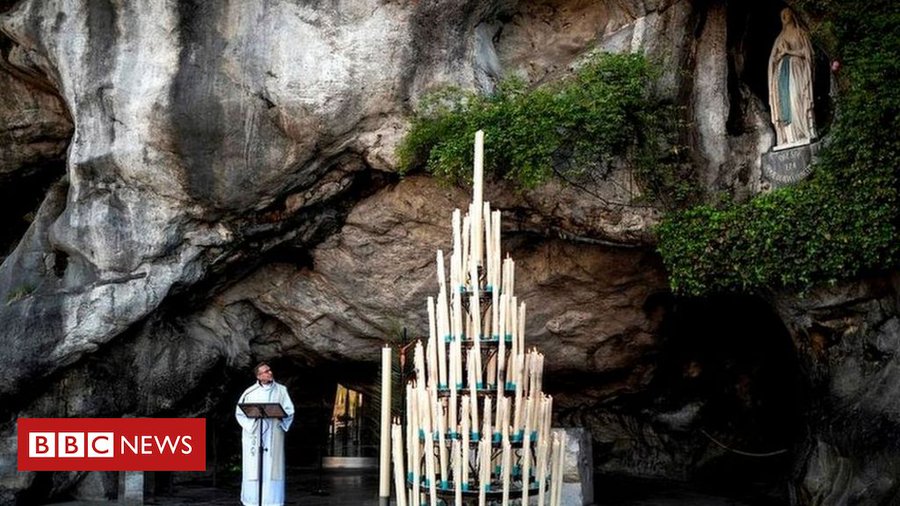 Lourdes: Pilgrims flock to French sanctuary online in their millions

In normal times around 15,000 Christian pilgrims a day would be visiting the Sanctuary of Lourdes at this time of year. But Lourdes, as everywhere, has had to change with the times.

The most visited site is the grotte, or cave, where the Virgin Mary is said to have appeared in front of a young girl collecting firewood in 1858. Many are attracted by that story – and very ill pilgrims are drawn by the miraculous healings that are said to have occurred there.

Nowadays as few as 30 people kneel for afternoon prayers in front of a statue of a Virgin Mary at the cave entrance. This would once have been unthinkable, but the pandemic and restrictions imposed last year have brought pilgrimages to a dramatic halt.

Lourdes has a population of just 14,000, but before Covid the sanctuary attracted around 3.5 million, mainly Catholic, visitors a year. So Church authorities decided to reach out to the faithful with what are being called e-pilgrimages.

All day long, radio and TV broadcasts of services and prayers at the grotte are shown on Lourdes TV and rebroadcast by France’s national Catholic Church TV channel KTO, which also broadcasts worldwide to francophone countries. 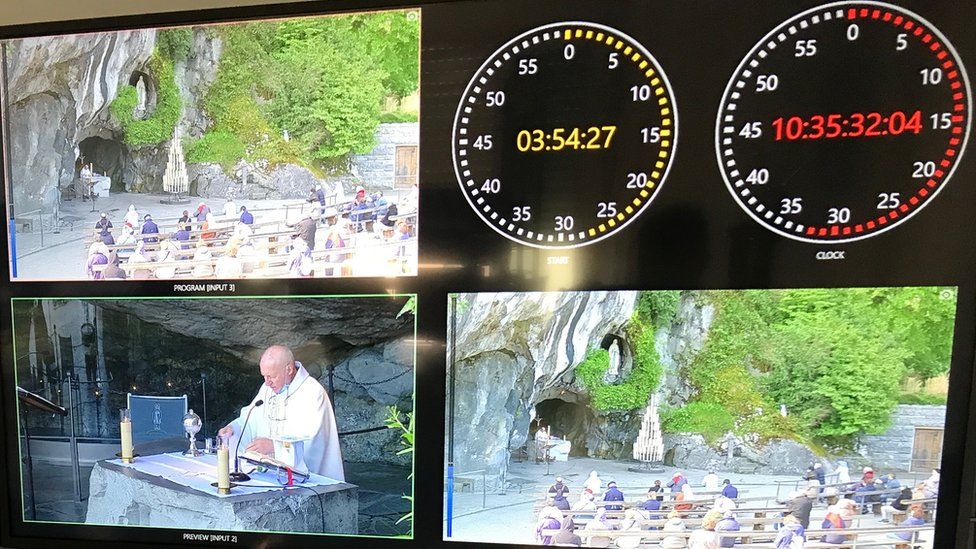 The services are also re-broadcast live on both radio and television outlets on five continents, according to the sanctuary.

Mathias Terrier, who is head of the Lourdes Sanctuary studio facilities, said they had always broadcast certain prayer services but viewer numbers have jumped from one million to five million a day. Followers on social media have soared by 40%.

“Every day services are held in four languages – French, Italian, English and Spanish; on some days we even have priests who can give masses in Korean or Chinese,” he told the BBC. “We hold Facebook Live events at the sanctuary and our social media accounts memberships have risen by more than 40% in the past year.”

The sanctuary has 20 outside broadcast television cameras to record the services across the sanctuary, and in the studio an engineer switches between the various cameras during the live events.

The priests start their services in front of the grotte, saying: “Even though there are few of us here physically, welcome to all those following us globally from their homes via internet, radio or TV.”

The sanctuary even has its own radio station, Radio Présence, which broadcasts across France, and senior clergy come in to speak to directly to diocese community leaders who would normally come to Lourdes each year. 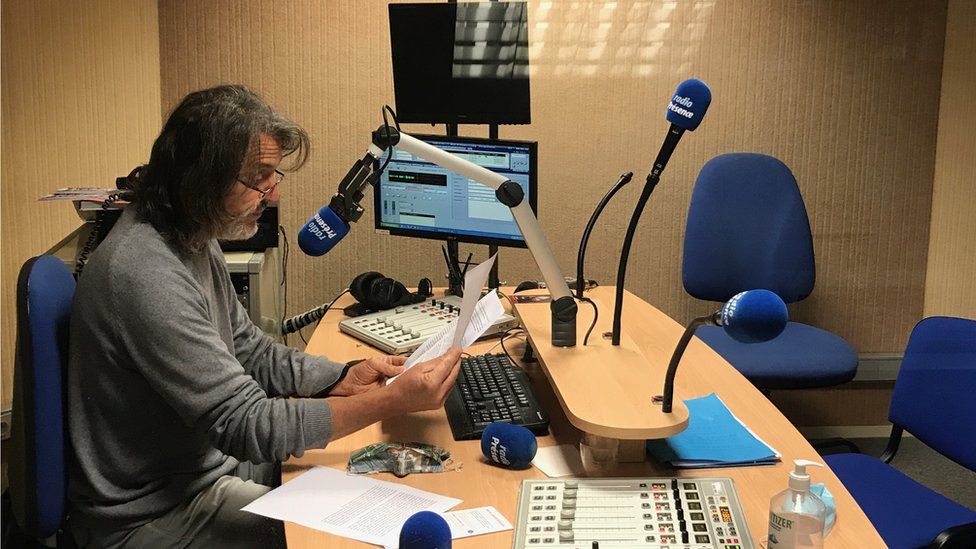 Mathias Terrier said that when Indian broadcasters and social media outlets dialled in to take the broadcasts live, their software system crashed temporarily because there were so many viewers in the sub-continent which they hadn’t expected at all.

They intend to repeat the same event this July, but the Church authorities say the broadcasts are a temporary fix: they want the pilgrims back.

“The goal of all these broadcasts is not to find a way of keeping pilgrims at a distance but to create a desire for them to return to Lourdes,” insists Olivier Ribadeau Dumas, rector of the Sanctuary. “A pilgrimage sitting on your couch doesn’t make sense.”

Thanks to Chris Bockman – Lourdes, France 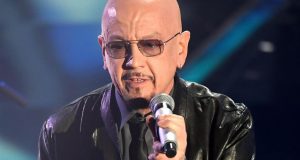 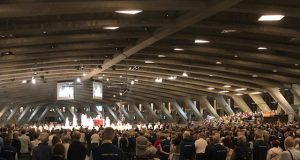 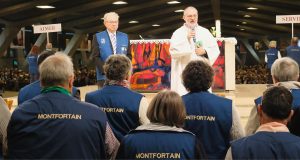 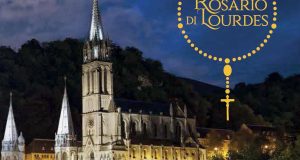 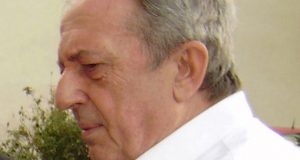 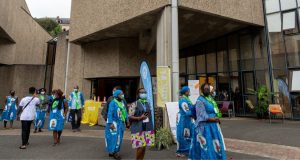